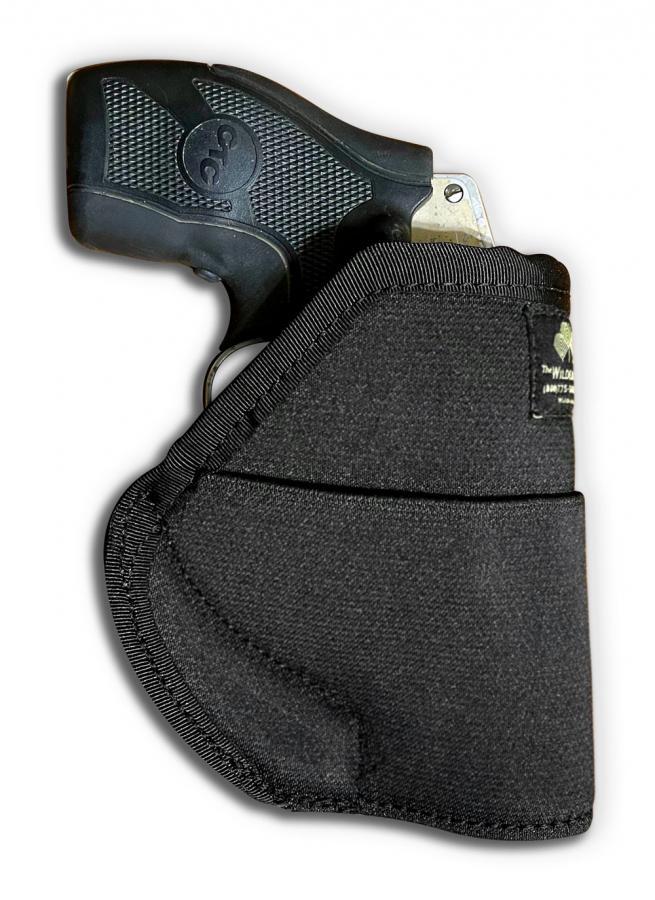 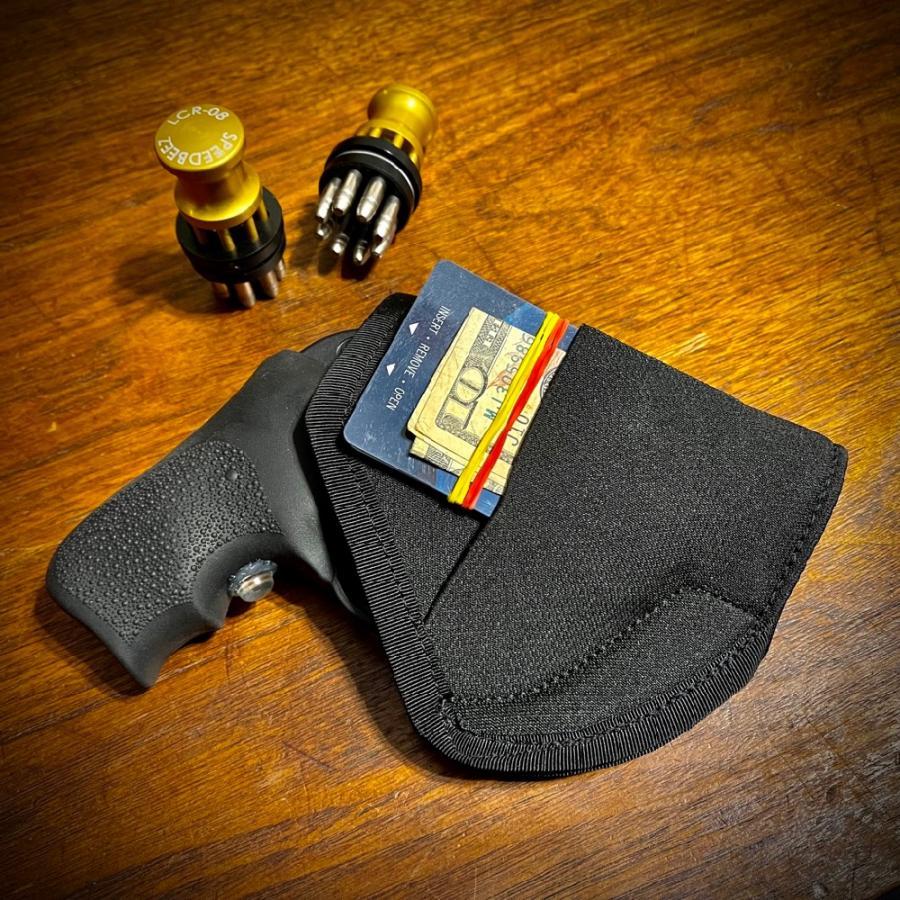 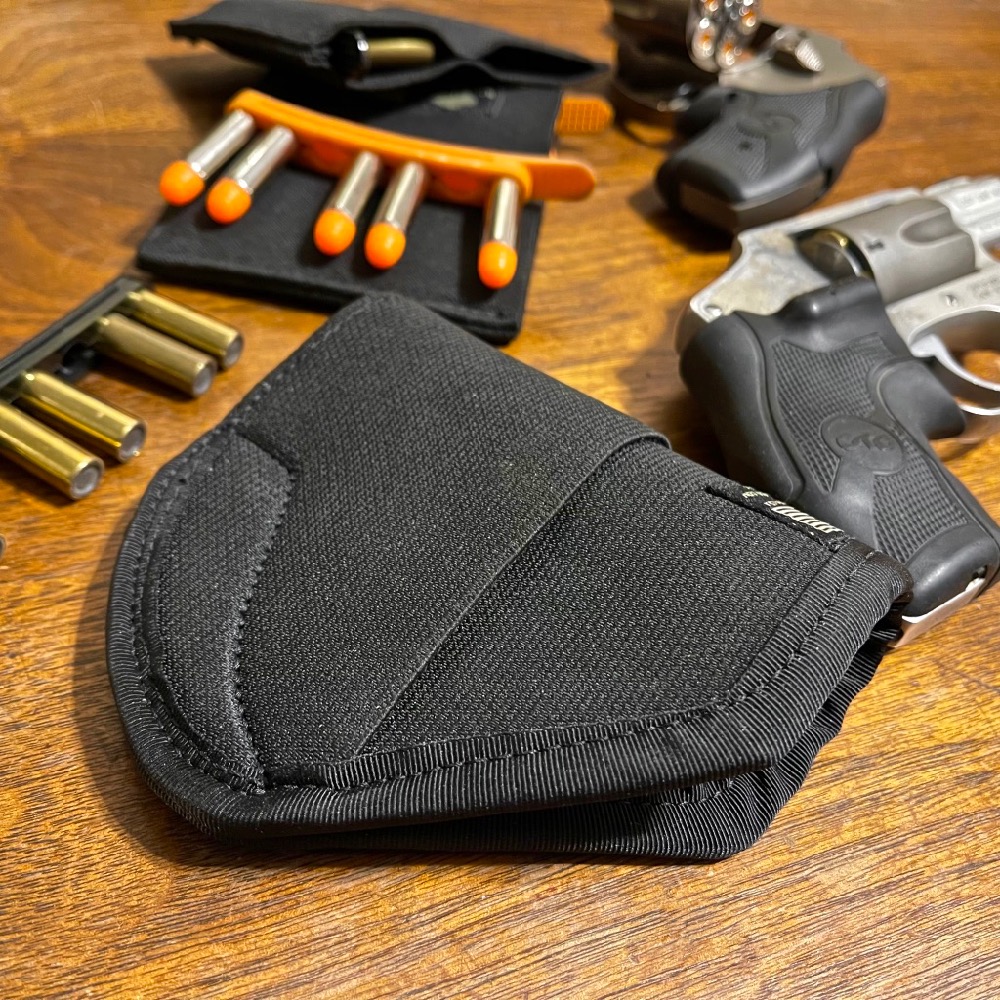 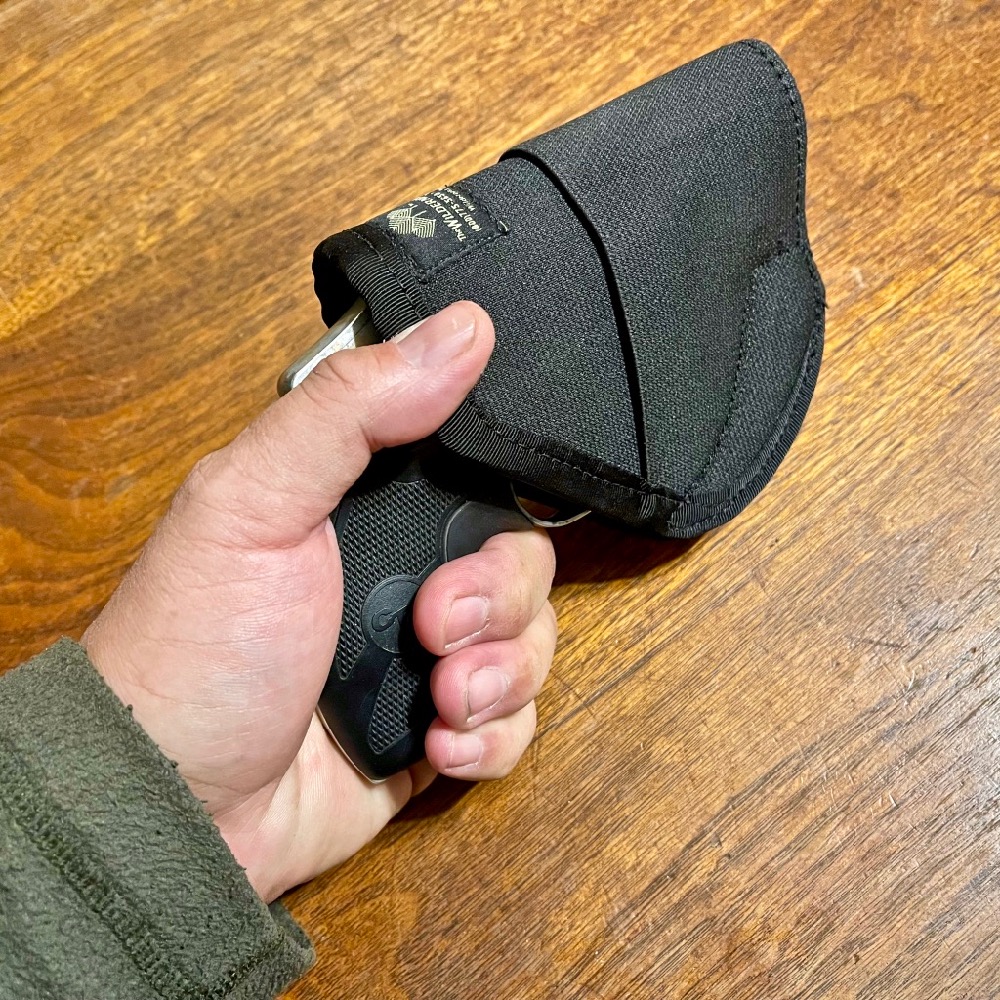 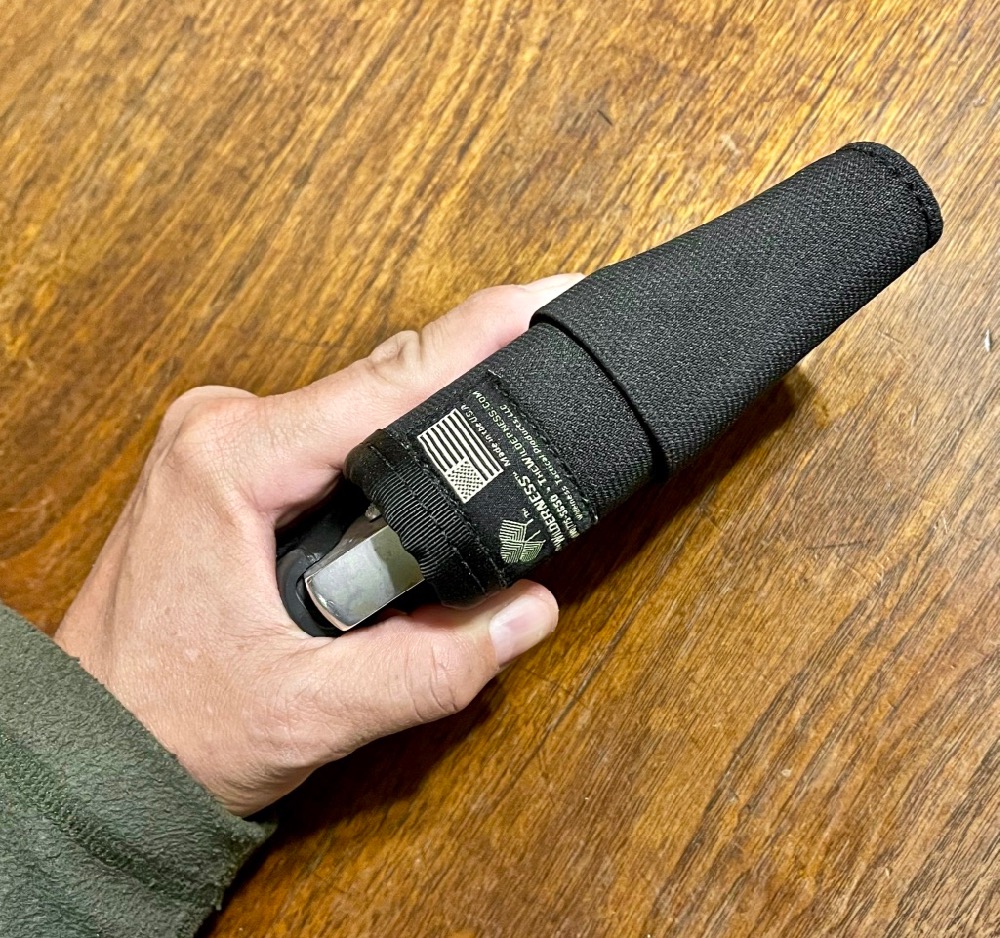 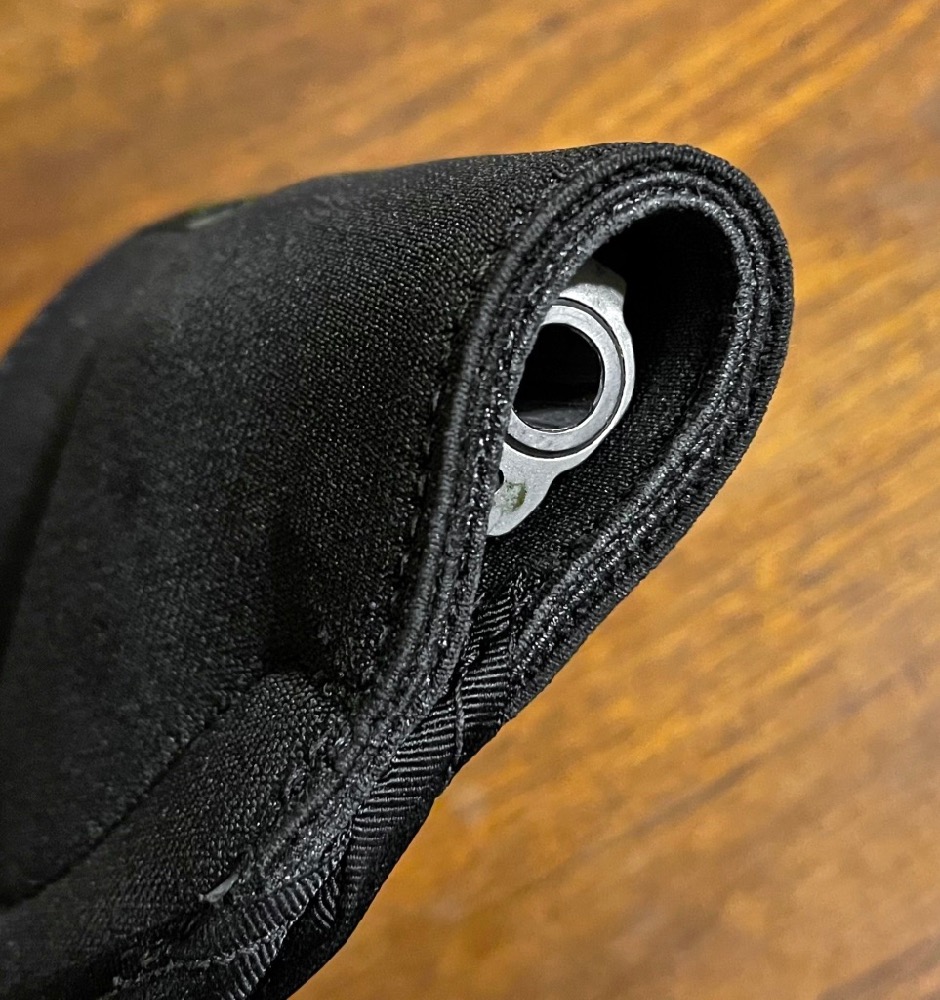 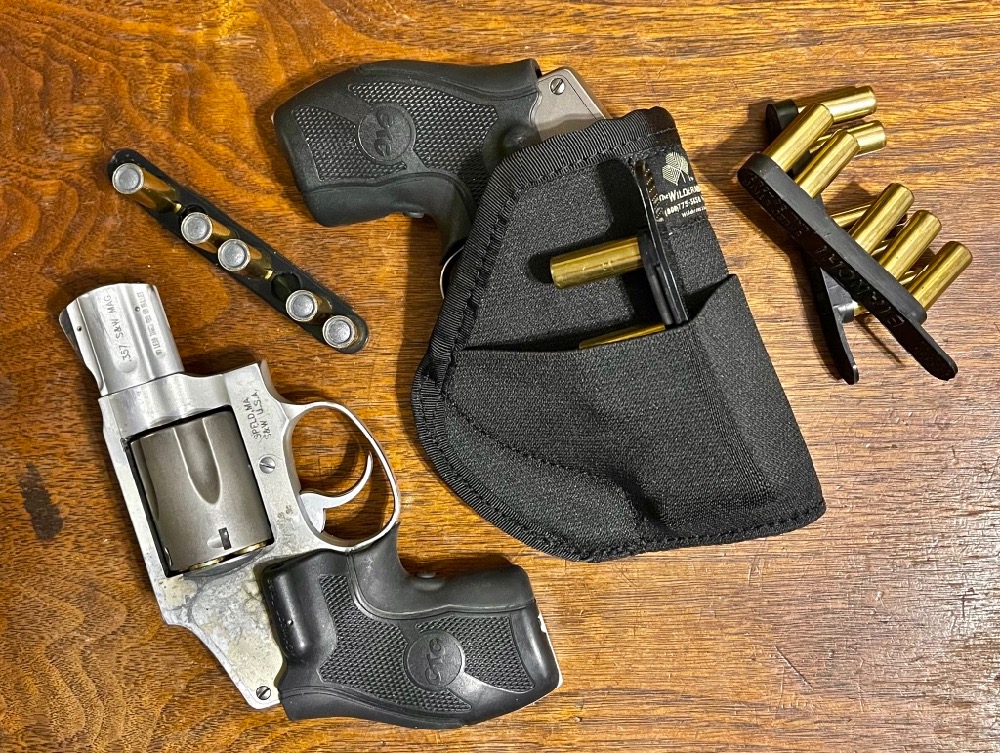 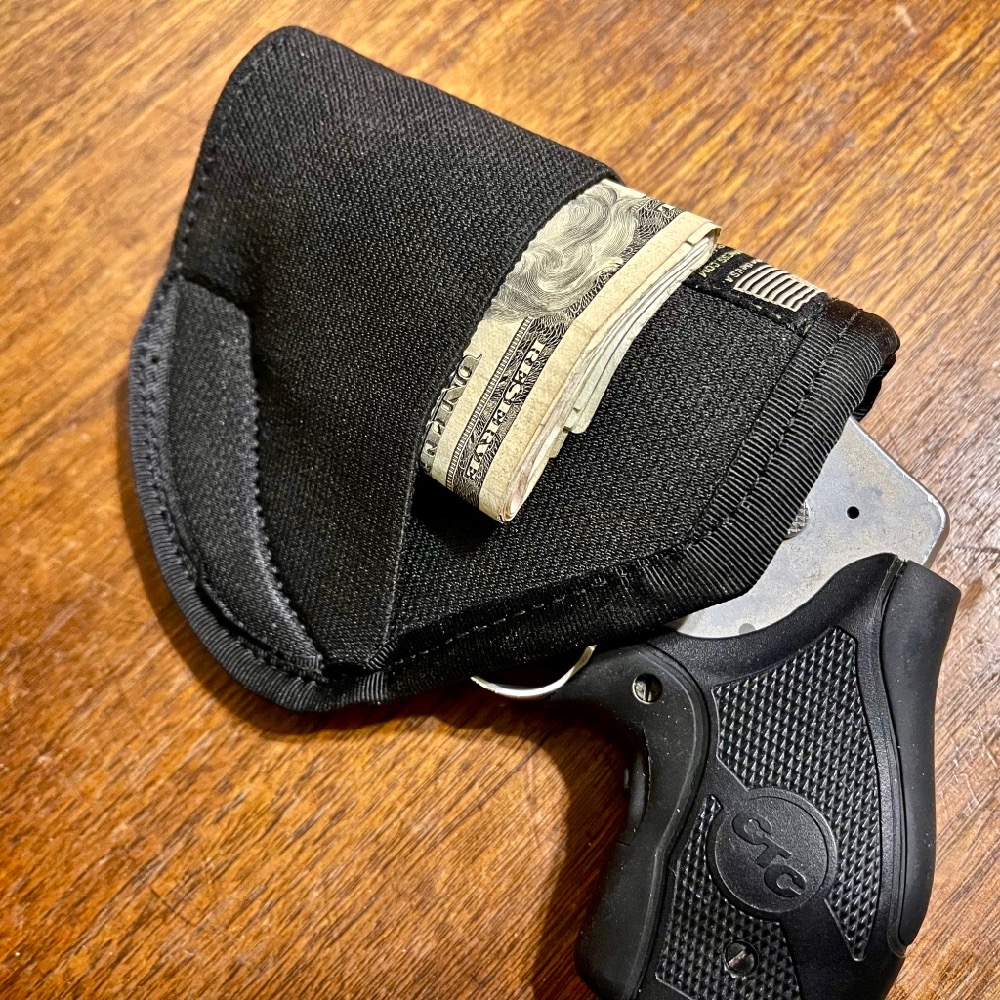 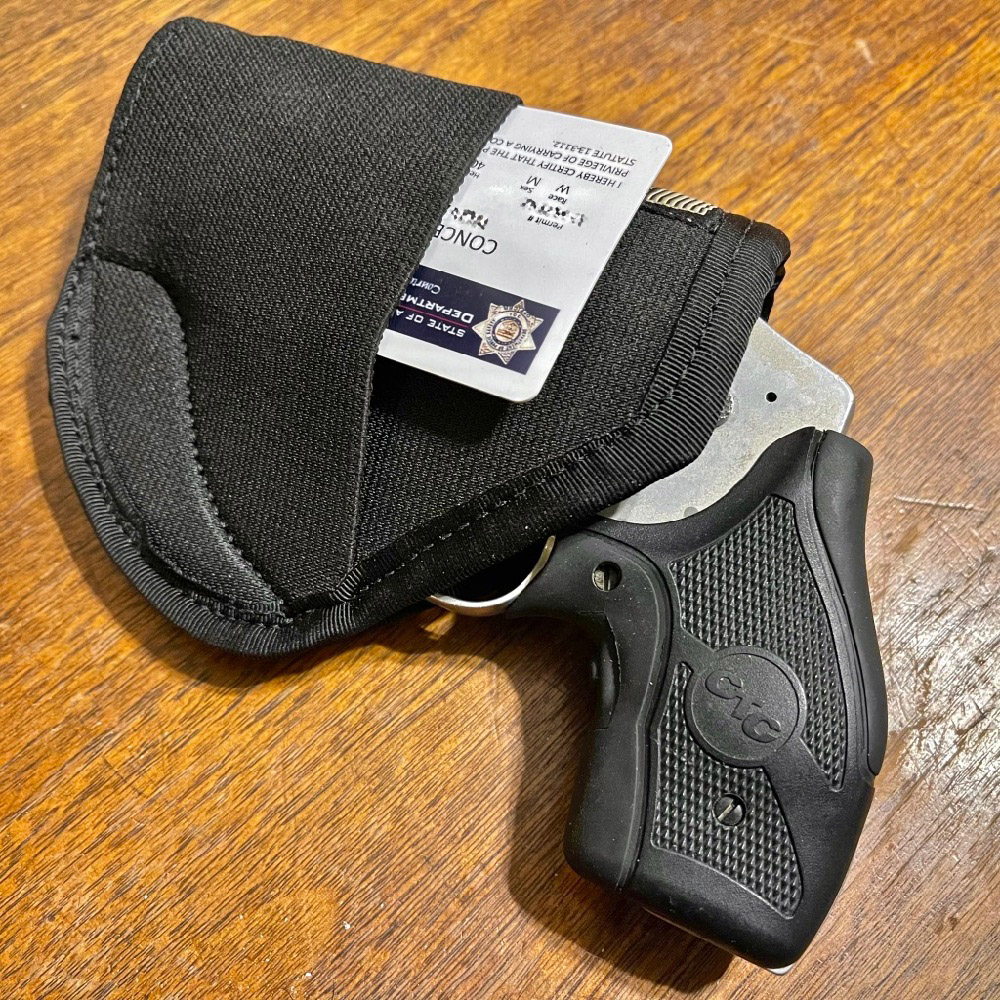 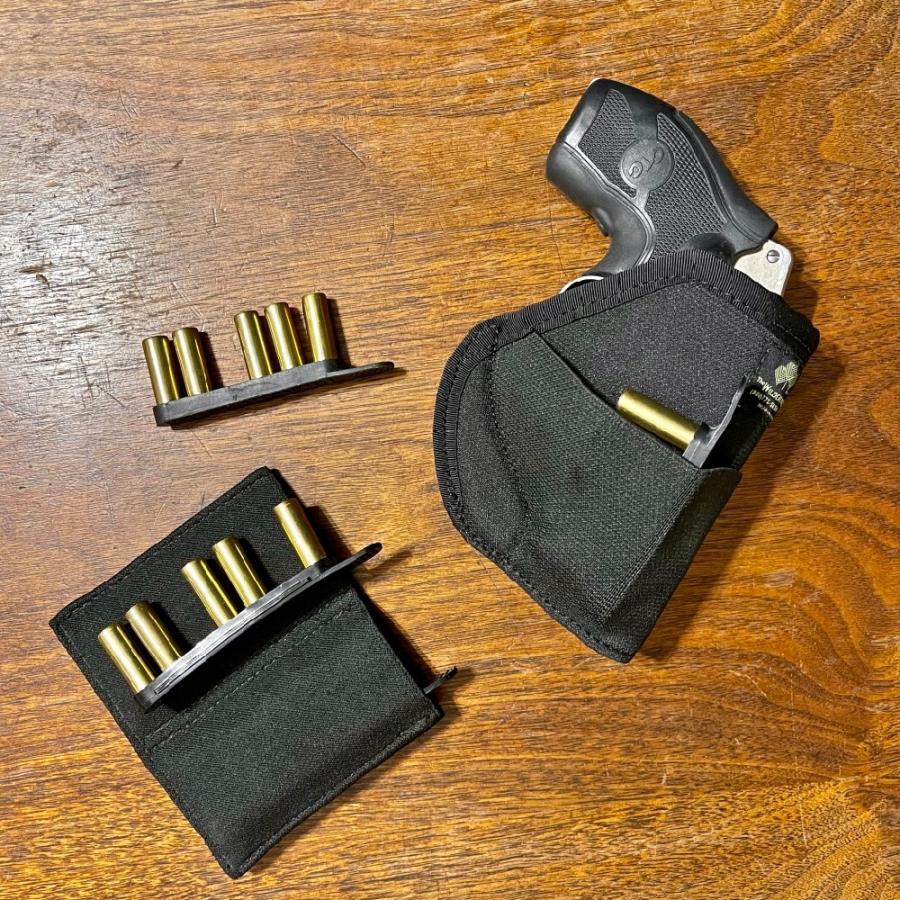 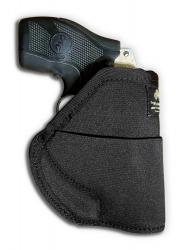 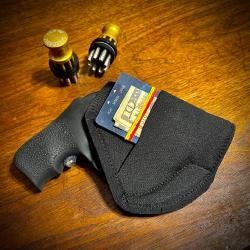 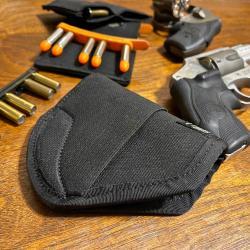 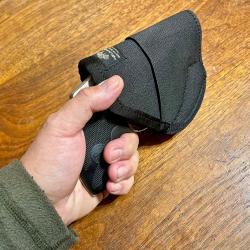 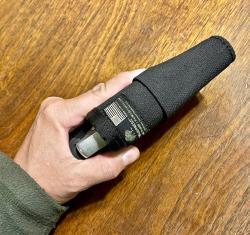 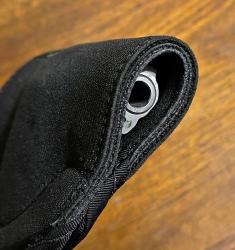 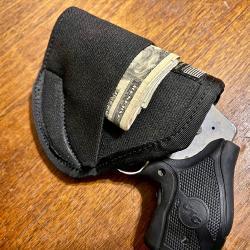 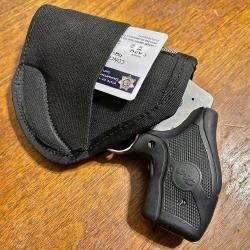 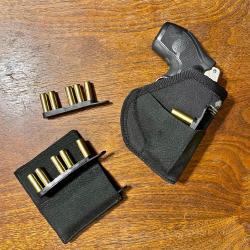 Manufacturer: The Wilderness
2 Customer Review(s)
Product ID: DBFO-HOLSTER
Price:
$45.00
The selected item is out of stock, please select a different item or combination
E-mail to a friend
Tweet

The Force Option Pocket Holster is constructed of the same custom-laminated XHD elastic we use in our Renegade Ankle Holster. Its woven surface is grippy, helping to retain the holster in the pocket during the drawstroke. Fully edge-taped at the mouth and back for comfort, and open-bottomed to keep the height at a minimum.

The holster features a band of heavy-duty elastic that wraps fully around both sides and comes about halfway up the holster body. This forms a stretchable pocket on both sides of the holster. Contents that fit include folded bills, credit cards, I.D. cards, or single ammo-carrying strips like Tuff Products QuickStrips and Bianchi Speed Strips (*ammo strips are very snug and we recommend inserting them without the firearm in the holster while stretching open the pocket with the fingers).

Bolke advocates using the side pockets for a "dump pack" with a small amount of cash and old hotel room cards as a possible Option #1 for dealing with a robbery, which might prevent it from requiring an elevated force Option #2. The elastic pouch contents may be accessed from inside the pocket without withdrawing the holster.


Note that like ankle holsters, these will not work in skinny jeans and fitted slacks. They are optimal for large workwear type pants and shorts with large, deep pockets like the Duluth Work pants and shorts. 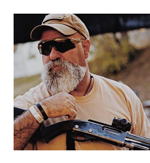 Darryl Bolke is a retired police officer from Southern California. He is a well established nationally recognized firearms instructor and use of force expert. During his law enforcement career he was assigned as a firearms instructor and Armorer for the SWAT team for 17 years and later was a Primary Firearms Instructor for his entire agency. As part of his duties he was utilized as a firearms and ballistics expert for Officer Involved Shooting investigations where he did over 75. He also was utilized as a firearms expert by the District Attorney’s office in the largest county in the United States. Darryl has been part of the firearms and police equipment industry for over 35 years at every level. He has collaborated on numerous successful edged weapons and holster designs.

Darryl currently does extensive high-level security work as well as firearms training. He is also a high-level firearms collector, focusing on police type revolvers of the last 100 years. He is a voracious student of history since childhood. He presents at firearms training conferences all over the country and has authored numerous internationally published articles related to firearms, carry systems, and edged weapons.

He has a page on Facebook called DB’s Shooting Adventures that has lots of unique forearms content. He is also co-owner of Hardwired Tactical Shooting, also on Facebook. He is married to Melanie Bolke, who works at Shoot Like A Girl, and Hunt Like a Girl, and has a daughter in college.
2 Customer Review(s)
Login or Register to write a review.

Reviewed by Bryan.eastridge on 12/08/2022
This holster is built solid like all of Wilderness Products. This works with my LCR and 642 when I’m wearing cargo pants or a jacket. The exterior pocket hold my speed strip perfectly. Great product!!!

Reviewed by Bryan.eastridge on 12/08/2022
This holster is built solid like all of Wilderness Products. This works with my LCR and 642 when I’m wearing cargo pants or a jacket. The exterior pocket hold my speed strip perfectly. Great product!!! 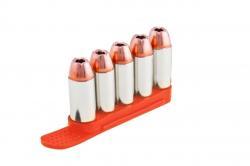 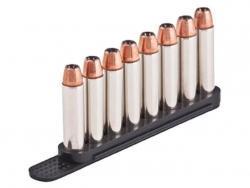 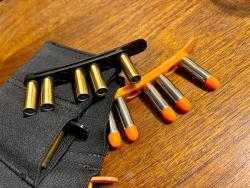