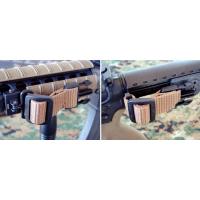 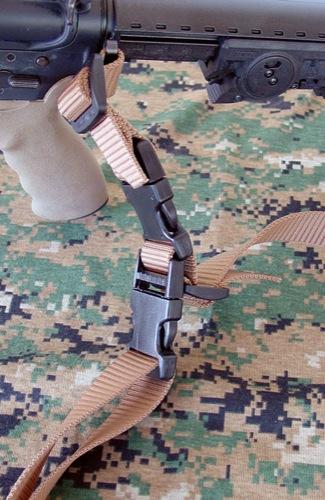 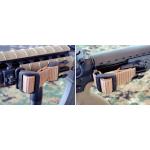 Be the first to review this product
Product ID: SPS-BUCKLE
Price:
$9.00
The selected item is out of stock, please select a different item or combination
E-mail to a friend
Tweet

Giles Stock has developed and refined the SPQD (Single-Point Q.D.) Adapter that expands the utility of our Single-Point Sling tremendously.

The adapter stays attached to the weapon, while the Single-Point Sling becomes part of the operator's gear. When you want to carry the weapon, simply clip in and move out. Keeping an adapter on each of your weapons lets you choose whichever one your mission dictates. The Giles SPQD also allows the sling to be worn more snugly, resulting in better stability of the system. SWAT armorers find the weapons fit their storage racks more conveniently, operators get to keep their slings sized specifically for them, and citizens find they have redeemed some of the space in their gunsafes formerly taken up by sling material.

The sturdy 1-1/4" SPQD Adapter is constructed of the same beefy premium webbing that we use in our slings. The end tab is heat-sealed and then resin treated to prevent fraying. The side-release buckle is our proprietary 1-1/4" Delrin design, as is the reinforced tri-glide buckle.

Note that the Single-Point's original emergency quick-release buckle (used to ditch the whole system if tangled up) is still in place and usable in addition to the SPQD. 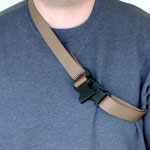 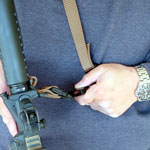 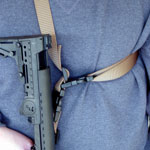 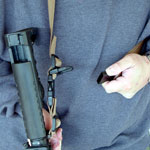 Another use for the Giles SPQD has been to attach a second unit to a front sling swivel (bottom- or side-mounted) and immediately convert your Single-Point sling to a two-point style sling. This addresses one of the most requested additions to the Single-Point system. 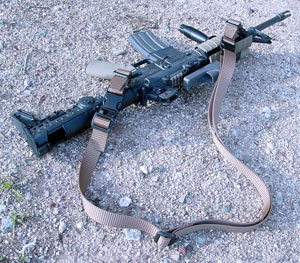 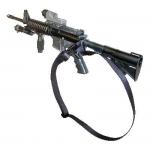 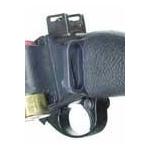